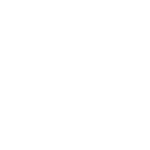 We are a trusted firm of solicitors founded in 1995

Marshall Hatchick is a multiple disciplined law firm, working both in heart of the professional area of the West End, on Marylebone High Street, and across three offices in East Suffolk.

The Partnership was formed in London in 1995 by Nicholas Marshall and Keith Hatchick and expanded to Woodbridge in 1996.  Since then we have been through 3 mergers with Josselyns in 2005, HT Argent & Son and Keane & Co in 2015.

These mergers mean that we have offices across East Suffolk in the market towns of Aldeburgh, Saxmundham and Woodbridge.

We provide high quality professional legal services to both businesses and private clients in areas such as commercial property, corporate commercial, residential property and wills and probate.  The firm combines modern day thinking with traditional values and provides expert knowledge in an approachable and friendly manner.

We are part of the Law Society’s Conveyancing Quality Scheme, giving you peace of mind that all our conveyancing transactions are carried out following a strict client care charter and code of conduct.  Several our fee earning staff are accredited to specific legal bodies such as STEP and SFE, please view individual profiles to find out more.

Marshall Hatchick is heavily involved in the local community and regularly sponsors local events, are involved in local sporting activities such as the Aldeburgh Triathlon and often raise funds for several national and local charities.

As part of our commitment to the area in which we work, we are active members of Suffolk Coast Business association, Choose Woodbridge and run our own bi-monthly networking group Coastal Connections. 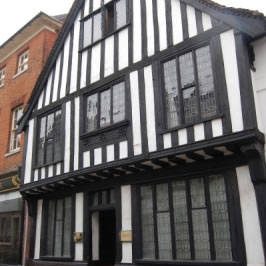 The History of The Ancient House in Woodbridge

Woodbridge office is housed in one of the most beautiful and historical locations in the town. The Ancient House is a classic example of an early Tudor structure with a frontage from the 16th Century.

During the time of the Armada in 1588, Woodbridge was a centre for ship building, which meant that wood, especially oak, was in good supply in the area. Local historians therefore feel that much of the wood used for the extensive oak panelling, the elaborate staircase and the heavy exposed beams came from the off cuts no longer needed at the dock yard.

The Ancient House (St. Withburga) has been a listed building since January 1951 and in its long history has been a coaching Inn, a pork butchers and then in the 1930’s it was restored and converted into a private residence. It is now our home and makes a comfortable and practical office space, whilst still retaining its historic charm and many of its original features.

Find out more or adjust your settings.

This website uses cookies so that we can provide you with the best user experience possible. Cookie information is stored in your browser and performs functions such as recognising you when you return to our website and helping our team to understand which sections of the website you find most interesting and useful.

Strictly Necessary Cookie should be enabled at all times so that we can save your preferences for cookie settings.

If you disable this cookie, we will not be able to save your preferences. This means that every time you visit this website you will need to enable or disable cookies again.